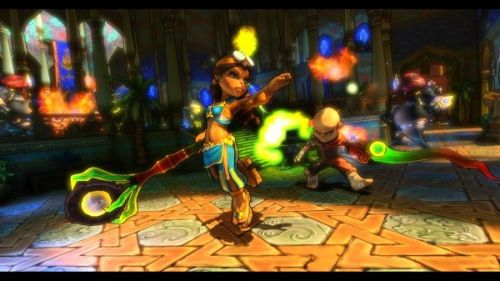 Dungeon Defenders' next installment of DLC, entitled the Quest for the Lost Shards of Eternia Part II, has been in the works for a little while. While it was originally planned to come out on February for the PC, further testing and tweaking was required and thus bumped back the release slightly.

There's plenty of good news, however. The console patch and Shards Part II DLC has received approval for the PS3 and has been submitted for approval for the 360 (they are still waiting to hear back from Microsoft). This is a huge step towards getting the content to you, the players. There's good news for computer owners as well. PC players will soon be getting access to cross-platform play and Dungeon Defenders will be releasing on the Mac on March 15.

We'll be sure to keep our eye on the DLC's progress and report back to you guys when we learn about any release dates for it!