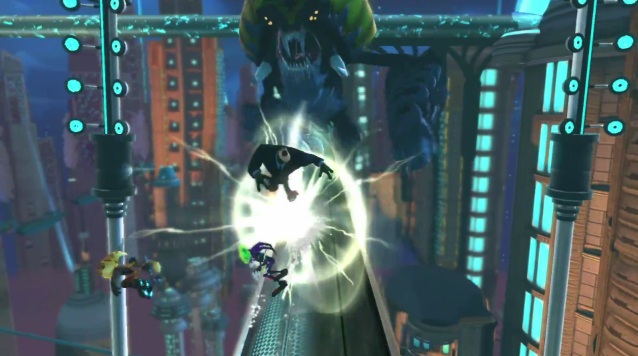 Sad that you're missing out on the beta?  Not that one. I'm talking about the beta for Ratchet and Clank: All 4 One.  We've got a video that will give a glimpse of what you've been missing.  A giant Z'Grute is attacking the city of Luminopolis, and it's up to Ratchet and pals to stop it.  If this video floats your boat, but you still don't have a beta code, never fear!  According to Playstation.blog, if you pre-order from Amazon between now and September 26th you'll get into the beta!  You can also find the beta on RatchetandClank.com, while supplies last.  Is it just me, or is "beta" the new "demo?"  No matter.  You can see our impressions of the beta here.