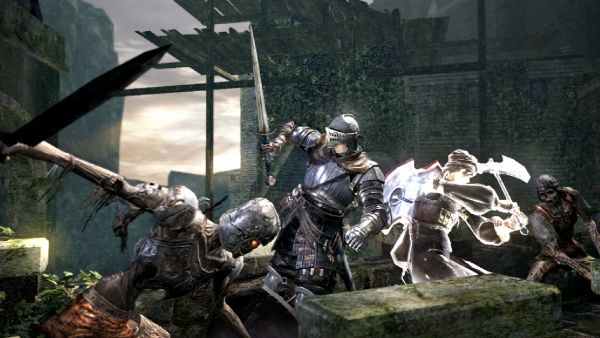 Dark Souls will be hitting store shelves this week.  Think you're ready for the challenge?  We have four new videos for your viewing pleasure.  We've got a little character creation, some early boss and mini-boss battles, as well as a plethora of punishing death scenes.  Some are a little spoiler-tastic, so you may want to avert your eyes.  While these videos may not show any co-op, you will get a definitive sense of the game.

Dark Souls will be out tomorrow for the Xbox 360 and PlayStation 3.  It supports three player online co-op.  Enjoy the videos.  We'll have a Co-Op Review up shortly.

A word of advice on creating your character:  You're going to have a helmet on for the majority of the game.  No one is going to care what your face looks like.

It never occurred to me to strip naked and fist-fight the tutorial boss.  I guess it's my loss.

I'm going to guess you spotted an even easier way to beat this metal beast.

You saw that right.  Not only do the skeletons regenerate, they're also poisonous.  And ninjas.  By the way, the Capra Demon SUCKS.