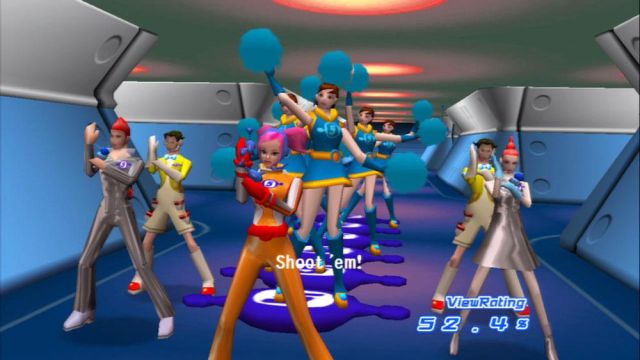 Space Channel 5: Part 2 has hit Xbox Live Arcade and PSN today.  The original game only saw the light of day on the Dreamcast in America after the system was already "dead."  Instead the title showed up on the PlayStation 2 in a special edition packaging.

Space Channel 5: Part 2 comes complete with a two player local co-op mode that was found in the original game, with one player controlling movement the other the beats.  In the game you play Ulala, an dancing reporter trying to stop aliens from taking over by shaking her money maker.  It's quirky, memory based dancing game with a fun little story and nice visuals.  Best of all it has a catchy little soundtrack that'll get stuck in your head in no time.

and is out now.