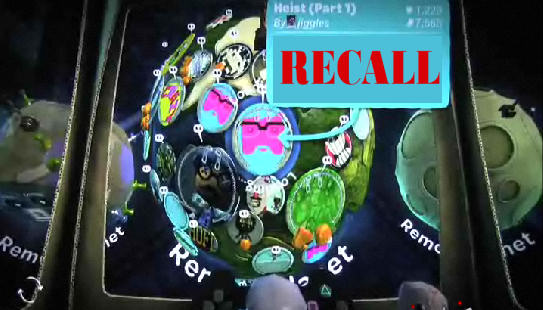 We have some really bad news today folks.  It appears that LittleBigPlanet, Sony and MediaMolecule's brilliant 4 player co-op platformer, is going to be delayed a few weeks.  From what we've heard there was a level in the game that featured references to the Qu'ran in the background music.

While this might not seem like a big deal to some folks, any reference to the Qu'ran could be considered offensive to people, and as such with a high profile title, Sony didn't want to take any chances.

"We have taken immediate action to rectify this and we sincerely apologise for any offence that this may have caused."

LittleBigPlanet was supposed to hit store shelves next week on October 21st in America, and October 24th everywhere else.  Speculation now places the game somewhere in the 2nd week of November.  In the meantime, we suggest you check out our hands on preview and video of the game.

Update:  According to the PlayStation Blog the game should be shipping in North America the week of October 27th.