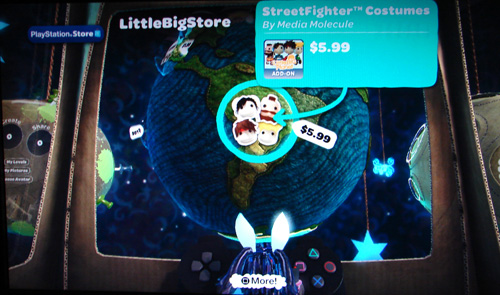 Well Christmas is over, and hopefully a lot of you folks got a copy of LittleBigPlanet under your tree.  If so you may have found an update or two upon putting the disc in.  But what did said update do?  Well there was actually two updates.  Version 1.06 added better level moderation, which, in our estimation was much needed.  What this means is your hard work will no longer be in vain.  If your level is removed for some reason, not only will you get an explanation of why the level was removed, but you'll still be able to play it locally.

Version 1.07 hit the day after 1.06 and added a new in game store feature to allow you to purchase those heavily sought after Sack Boy costumes and recently released level and content packs.

Now all we need is the patch to add in the online co-op creation feature which was promised some time ago to be available "shortly after launch."  I think we've already passed "shortly" though.