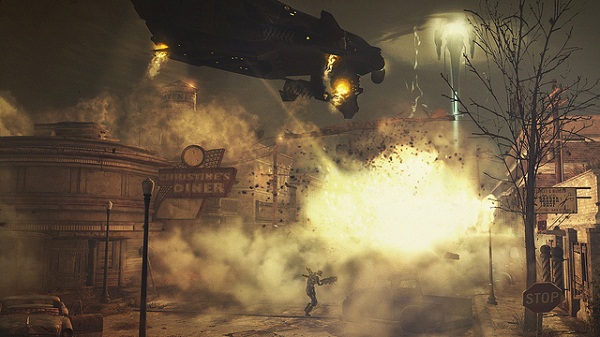 Resistance 3 was a solid game all around, with a full co-op campaign for two players both offline and online.  But the third iteration of the series was a drastic departure in terms of co-op from Resistance 2; the second game had offered a eight player online co-op mode.  Some folks were disappointed that this feature was missing from Resistance 3.

The first piece of DLC has already been released for Resistance 3, it features a new versus multiplayer mode among other smaller additions.  But more DLC is planned, and it seems some new co-op content is on the horizon.  In a chat with PlayStation.com, the game's creative director Marcus Smith had this to say bout possible future downloadable content.

We haven't announced our next DLC plans, but we know how much people enjoy co-op, so... (keyboard angrily yanked by marketing department)

That not so subtle hint should mean new co-op content is on the way.  What exactly it is though, remains to be seen.