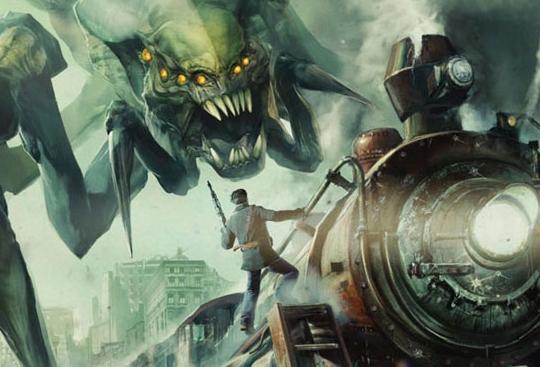 Not a day for the train to be delayed

If you don't happen to live in one of several current global hotspots, the opportunity for you to partake in any form of resistance seems pretty slim.  Thankfully, Insomniac Games have heard your bizarre cries to be involved in a covert fight and is giving residents of several countries the chance to be in the new co-op shooter Resistance 3.  All you have to do is send a photo of yourself in a Resistance style pose to Sony's competition page and write a convincing reason why you should survive.

There are two prizes available, both consisting of a trip to San Diego for you and a pal.  What will you do when setting foot on Californian soil?  Visit the many theme parks and check out the night life?  Incorrect, instead you will have your face scanned so you can appear as a survivor in the new Resistance game.  It will be nice to finally put a face to that innocent character I repeatedly shoot for no real reason. Check Read More to see who is eligible to enter (hint: not US residents).

As the prize involves being flown to America its open to people outside the Big A, including; Australia, Austria, France, Germany, Greece, Ireland, Luxembourg, New Zealand, Poland, Portugal, Russia, and the United Kingdom.  The terms and conditions also say that you have to be fit enough to undergo the scanning process - that wording suggests to me an invasive procedure I might not want!

Good luck to any and all residents of the chosen countries.  As for US citizens, take succour in the fact that if a real alien invasion did happen, you would probably be part of a real resistance and not just a virtual one.