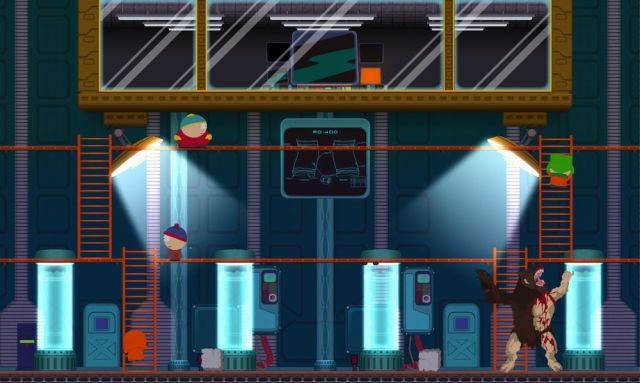 The storyline of Tenorman’s Revenge is a sequel to the Season 5 episode “Scott Tenorman Must Die!” in which Eric Cartman is repeatedly thwarted by the titular sixth grader, only to eventually defeat him by... Let’s just say Scott Tenorman is justifiably angry!

"South Park: Tenorman's Revenge" is being developed by Other Ocean Interactive and published by Microsoft Studios. Fans will get to play as Cartman, Kyle, Stan and Kenny as they battle Scott Tenorman and his Ginger army. The games multi-player co-op features allow players to team up with up to four other players locally or through Xbox LIVE to save "South Park."

The teaser trailer shows us that Tenorman’s Revenge will be a platforming game in which up to four players battle enemies by jumping on their heads.  They’ll also be able to pick up weapons. While only the original four South Park boys have been announced as playable characters so far, Cartman’s alter ego The Coon definitely makes an appearance. Will Mint-Berry Crunch show up as well? Perhaps even more importantly, will South Park: Tenorman’s Revenge match the high awesomeness bar set by its predecessor? Only time will tell!