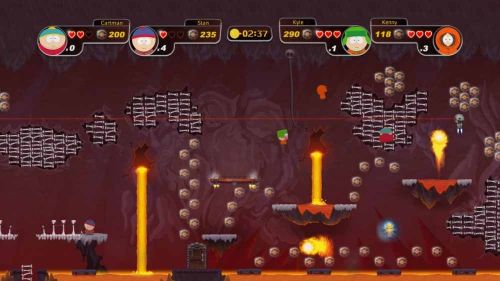 A new South Park game will be unleashed on the masses this week. South Park: Tenorman's Revenge features the familiar four versus an army of robot gingers in a side-scrolling platformer. The last South Park XBLA exclusive, Let's Go Tower Defense Play!, was a surprisingly good co-op game. Tenorman's Revenge is being developed by a different studio, but we're still hoping for a solid title. Judging by the video below, the gameplay looks simple and fun. That's all I really need in a platformer, so long as it's executed well.