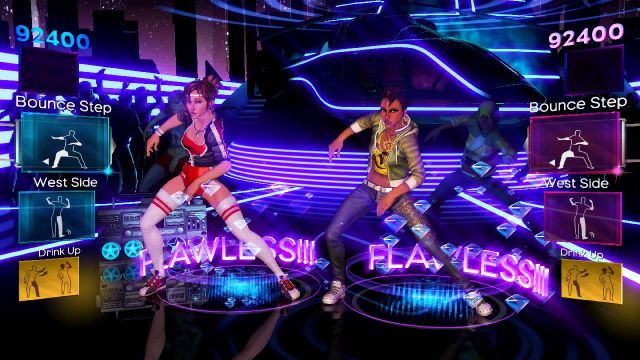 Can’t wait for Harmonix's Kinect-driven Dance Central 2 to launch on October 25? You’re in luck, as the game’s demo is now available on Xbox Live. It’s available exclusively to Xbox Live Gold members for now, with Silver members getting access next week. Clocking in at 1.31 Gigabytes, the demo is quite a large download, but it offers a good look at some of the game’s new and improved multiplayer modes, including two-player local co-op.

The Dance Central 2 demo includes two songs: ‘Bulletproof’ by La Roux (two star difficulty) and ‘Club Can’t Handle Me’ by Flo Rida and featuring David Guetta (three stars). Both songs can be practiced in Break it Down mode, played solo or cooperatively in Dance Now mode, or played competitively against another person in Dance Battles. The latter have been revised for the sequel and are definitely worth checking out for some goofy fun. Oh, and menus can be navigated by voice commands and controller input in addition to the standard motion controls.

You can queue up the demo for downloading here. Dance Central 2 launches on October 25 for $49.99... We’ll have our full co-op review soon.

Thanks to The Red Worm for the heads up!