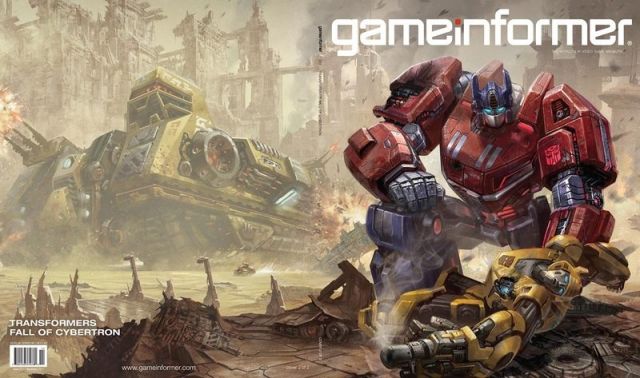 Disappointing news today as the official Game Informer issue has reached Co-optimus HQ bearing the bad news about the upcoming Transformers game.  According to their exclusive preview article of Transformers: Fall of Cybertron, the game is dropping the three player co-op campaign that was a staple of the previous game in the series.

The reasoning?  Well it seems two-fold as explained by the game's director Matt Tieger.

In pursuit of a better story and tailored gameplay experience, Fall of Cybertron's campaign is a single-player affair from beginning to end.  (Matt) Tieger is refreshingly honest about the reasoning behind the decision to drop cooperative play.

"I love co-op.  It was not an easy decision to make, by any stretch, but I think it was the right one.  With that many characters in the co-op experience, it tends to homogenize all the experiences that we can provide to you, so that everything can be at a consistent level," Tieger says.  "And we felt like we couldn't express the characters the way that we wanted to.  On top of that, it's a colossal effort to have a co-op experience work with AI buddies that run with you the whole time."

All isn't completely lost though - later on in the article Tieger mentions how much fans enjoyed the co-op Escalation mode in the first game, and while he isn't confirming it's return outright, it's strongly implied the entire multiplayer component in both versus and co-op is getting an overhaul adding in a lot of character customization.

Transformers: Fall of Cybertron is out next year on the Xbox 360 and PlayStation 3.  We'll have more details on co-op in the game when they become available.