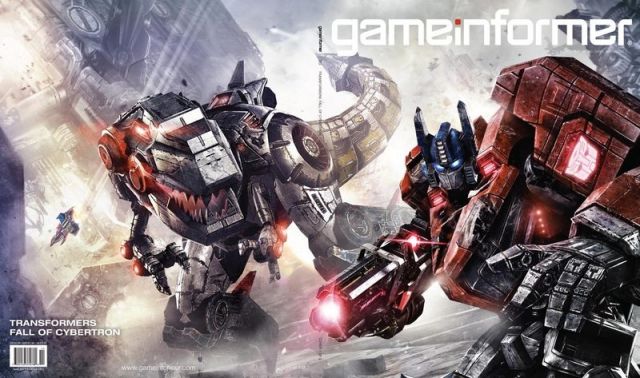 Transformers: War for Cybertron was one of the best co-op experiences of last year, allowing up to three players to pound Cybertron into rubble.  The latest Game Informer magazine has announced that a sequel is coming in 2012; Transformers: Fall of Cybertron.

Although set immediately after the events that ended the first game, Fall of Cybertron is being discussed as a successor to the first game and not a direct sequel. This is because High Moon Studios have gone back and changed many of the core elements of the game.  Hopefully, one of the fundamental aspects that made the game so memorable will survive the revamp - namely 3 player online co-op.

Details are currently scarce, but Game Informer is running a special Fall of Cybertron month on their website and will be revealing more information about the game throughout October.  As the co-op element of the first game was key to the gameplay, Co-Optimus are currently assuming that the same level of co-op love will continue in the sequel, hopefully even more.  However, you should not count your giant robots until they are fully assembled and we will be first to inform you when the co-op news becomes official.