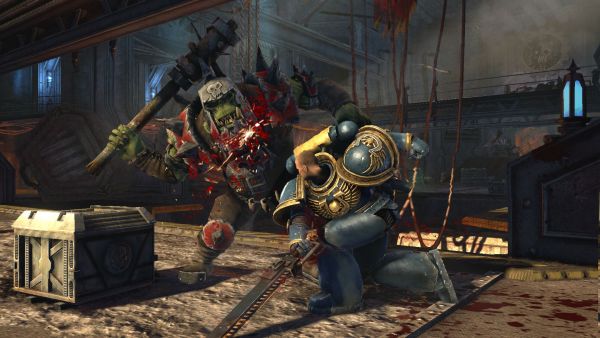 Ok, so we kind of lied yesterday.  When we said that Warhammer 40,000: Space Marine's DLC would be up shortly on the Xbox 360, we actually meant - well - we didn't know exactly what shortly mean.  According to an official post on the Space Marine forums, Relic found a bug in the title update/DLC that caused connection issues in co-op on the 360 version causing them to pull it at the last minute.

Prior to the release of the Xbox 360 version of the Exterminatus DLC it came to our attention that there was a connectivity issue that needed to be fixed. We have taken the difficult decision to delay the title update and DLC release to repair this issue and ensure that the mode is functioning as intended when we release it. We will share a projected live date for this content on the Space Marine community site as soon as possible.

So...there ya have it.  No co-op Ork slaying for Xbox 360 owners for the time being, while PlayStation 3 and PC owners are not affected.  Hopefully it's a quick fix and release and the team doesn't have to go through a lengthy cert process with Microsoft again.  We've already had to wait two months for this, and that's not "short" by any definition of the word.