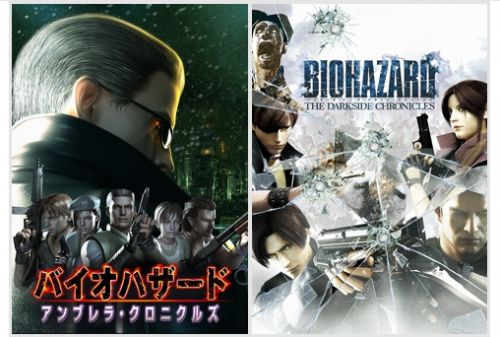 The Playstation Move’s similarity to the Wiimote makes it easy to port Wii games to the Playstation 3. We’ve already seen House of the Dead: Overkill and Dead Space Extraction make the trip (leaving the poor Xbox 360 behind). Now two more rail shooters, Capcom’s Resident Evil: Umbrella Chronicles and Resident Evil: The Darkside Chronicles are coming to PS3 with Move support.

Both titles will be bundled together as Resident Evil: Chronicles HD Selection. Capcom hasn’t revealed whether these will be simple upscales like the recent digital download releases of Resident Evil 4 and RE: Code Veronica, or if they might receive more significant upgrades. Much as I love Capcom, you never can tell with them.

I spent some time with Resident Evil: Umbrella Chronicles on the Wii a while back. Initially I was highly impressed by the depth and length that it brought to the rail shooter genre. It’s chock full of Resident Evil storytelling, revisiting classic moments in the series from a new perspective. Lots of interesting enemies, weapons, and items to collect, too. Unfortunately, excessive and poorly-implemented Quick Time Events ultimately ruined the experience for me. Nothing stops a co-op shooting session cold like one player missing a stupid button prompt (and the game not even telling you who missed it). Hopefully the QTEs will be better implemented in the Playstation 3 version.