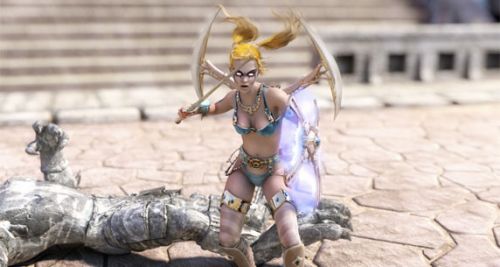 It's been sometime since we talked about Sacred 2, and with good reason.  There are some updates regarding the 16 player PC co-op title, and the 4 player co-op 360 and PS3 version.

Despite an earlier claim, Sacred 2 didn't quite hit PC shelves here in North America.  The game was delayed a bit, and should find it's way to retailers in mid to late November.  The console versions were delayed even further, and currently have a February 10th release date.

In similar news, CDV and Atari have come to a publishing agreement for North America, and that includes the aforementioned Sacred 2.  The full press release is posted after the jump.