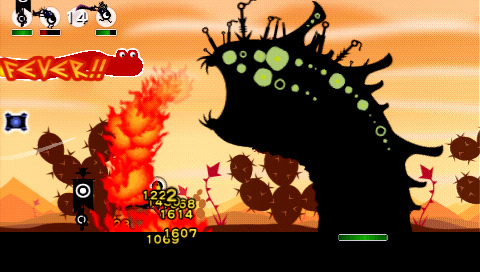 PSP-exclusive rhythm game Patapon 3 received some DLC earlier this week. Not only is said DLC co-op missions, but it's also free! Sounds like the best possible kind of DLC, really. In these missions, players will face off against Stone Golems, Salamandars, and Deth squads along with two named bosses: the poison-spitting Darantula and the fire-breathing sandworm Dokakanel. So what are you waiting for, pata-patapon'ers? Go get it!