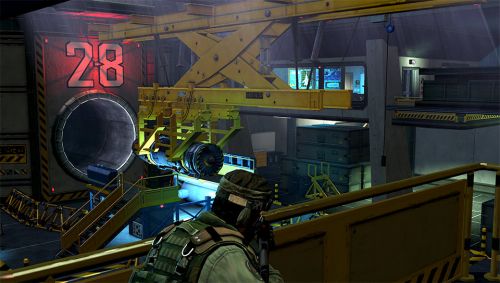 Zipper Interactive, creators of SOCOM 4 US Navy Seals, have announced a brand new game for the PlayStation VITA which will be available at the system's launch.  The game is called Unit 13 and its a 3rd person shooter set across 36 missions and 9 locales.  It doesn't look all that different than the SOCOM franchise, though we get a little more of a "black ops" vibe from the screens and info.

The game's focus seems to be on the social aspects of the game which will inform players of happenings within the game world utilizing the 3G and Wi-Fi functionality of the VITA.  Along those lines the game will feature online versus and co-op play with full voice support using the VITA.

Co-Op play is for two players though its unclear right now if those are through separate missions or the story.  Unit 13 along with the PlayStation VITA are out on February 22nd, 2012.  You can find our current list of co-op VITA games right here.