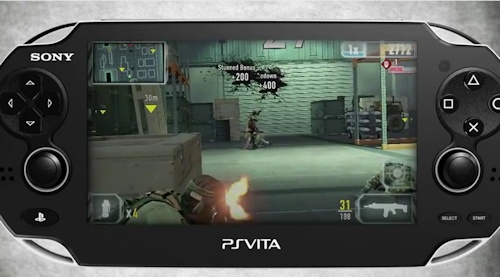 Despite the system releasing just two weeks ago, Sony's PlayStation Vita is getting a steady stream of games.  The next big release comes next week in the form of Unit 13, a third person action shooter from veteran developer Zipper Interactive.

One of the developers of the game has released a 5 minute walkthrough video showcasing many of the options in the game to maximize your scoring and conquer the missions.  Your character choice can yield score specific bonuses depending on your attacks, which can be mixed up further for extra points.  This means you'll want to mix up melee, shooting, and explosive kills.

There's no mention how the co-op works in terms of scoring in the video, but the video does reveal the prescience of special boss battle missions you can unlock which sound perfect for cooperative gameplay.

Unit 13 is out for the PlayStation Vita on March 6th with two player online co-op.