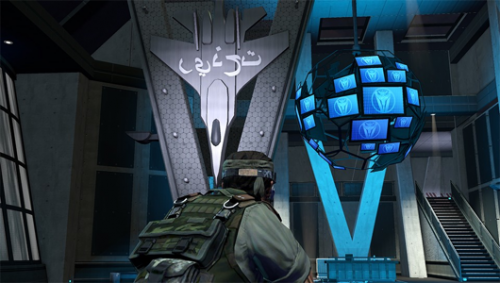 One of the game's I'm most excited for on the PlayStation Vita is Unit 13 from SOCOM developer Zipper Interactive.  Not only does it look like a true 3rd person shooter experience, it looks like a lot of time and thought has gone into designing one that's playable on a handheld.  This isn't just a console game made portable.

The game is a "launch window" title on the Vita, and with Sony's handheld releasing on February 21st we guess a March 6th release date for Unit 13 fits right into that aperture.  Unit 13 will feature 2 player co-op play, but according to Kotaku, only playable via Wi-Fi networks, not AD-HOC.  Thankfully according to the a post on the PlayStation blog by Seth Luisi, director of development as SCEA, the game supports both infrastructure and online co-op.

There's an updated video walkthrough you can check out below.