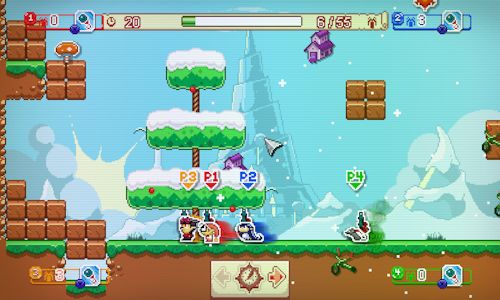 PC publisher and developer Stardock, famous for publishing games like Sins of a Solar Empire and utilities like Fences have created their first entry on the Xbox console.  Instead of a title on Xbox Live Arcade they've decided to go a more comfortable route and publish the game themselves on the Xbox Indie Channel.  The game is called ElfSquad7 and it's the perfect co-op action game for the holidays.

Like any good Christmas special, your job is to save the holiday for all the boys and girls of the world. You'll demolish freakish "un-toys", wrap presents and help Santa pack his sleigh with gifts for children around the world.  All of this is accomplished with an 8-bit retro looking style that's incredibly eye catching.

ElfSquad7 supports four player local co-op and players can choose between 6 different heroes.  The game will only cost you 80

or $1.  You can snag it from the Xbox Marketplace right here.