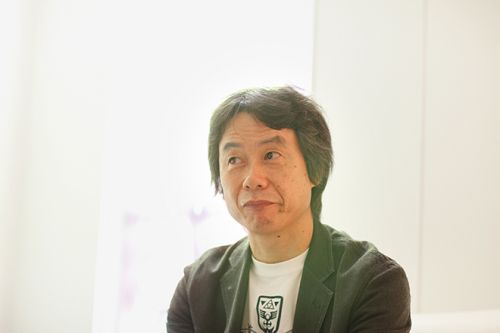 One of Nintendo and videogame's greatest and most influental developers is taking a step back.  Shiguero Miyamoto, creator of Super Mario Bros. and The Legend of Zelda has decided to retire from his current position within Nintendo as a lead producer and developer on major projects like the recent Legend of Zelda: Skyward Sword.  Instead the 59 year old wants to work on smaller projects.

What I really want to do is be in the forefront of game development once again myself, probably working on a smaller project with even younger developers. Or I might be interested in making something that I can make myself, by myself. Something really small.

It's good to hear that the industry isn't quite losing one of it's greatest minds just yet, but it is a bit sad to see him not working on some of the biggest franchises he helped create.  Both Zelda and Mario have seen numerous cooperative games through the years.

Update:  According to Kotaku, Nintendo has responded and stated this isn't true - despite it being straight from Miyamoto's mouth during an interview.  Possible translation issue?

Video game designer Shigeru Miyamoto's role at Nintendo is not changing. He will continue to be a driving force in Nintendo's development efforts. In discussing his priorities at Nintendo in a media interview, Mr. Miyamoto explained how he is encouraging the younger developers at the company to take more initiative and responsibility for developing software. He attempted to convey his priorities moving forward, inclusive of overseeing all video game development and ensuring the quality of all products. Mr. Miyamoto also discussed his desire to pursue fresh ideas and experiences of the kind that sparked his initial interest in video games.