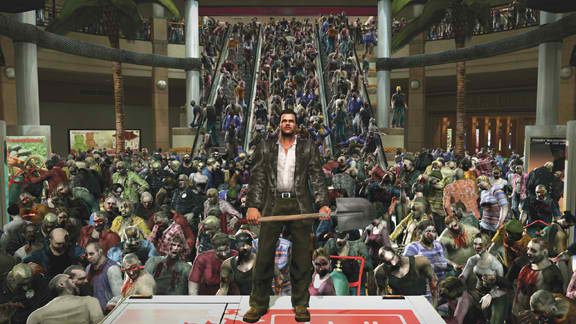 I’m getting packing for my new adventure – camera, notebook and baseball bat. What else would i need for a break in paradise?

Gee, Frank, I don't know... maybe a copy of Dead Island, that way you know what's coming?  I don't know if this is a tease for a new full game, or just some DLC, but I'm sure it's something, right?  Capcom does have a habit of releasing the same game with minor tweaks, so here's hoping its not some tacked on nonsense, like Dead Rising 2: Fortune City's Wet and Wild Waterpark!!!

Whatever it is, we hope it has co-op.  No self-respecting game franchise would ever actually get rid of a co-op mode, would they?  That would be madness.

I hope the game takes place on a cruise ship.  If Speed 2: Cruise Control taught me anything, it's that... wait.  I never saw Speed 2... Heck, it's a slow news day, so let the rampant speculation begin!  Where do you think Frank is going?  Try to keep it interesting.  First person that says "beach," "tropical" or "island" loses.