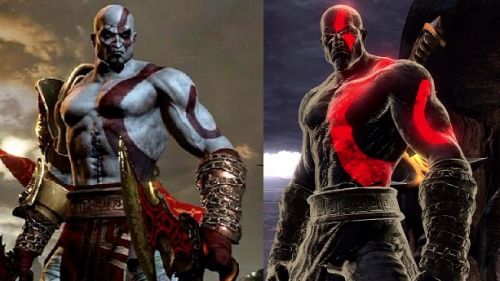 It's Twenty Twelve, the future is now, and the rumors are flying!  The fact that God of War IV is happening should come as a surprise to no one.  Game franchises never die so long as they're popular profitable (sorry, Shenmue).  I don't care how may Greek gods you kill off or how little sense it makes, Kratos is coming back.

Numerous sites have pointed to a certain composer's resume bearing God of War IV as a future work.  That's all well and good, but the rumor I'm excited about is the possibility of cooperative play.  You read that right, God of War IV may have online co-op.

Sillegamer reports that the UK gaming magazine, PSM3, lists God of War IV as one of their "hottest PS3 titles of 2012."

Spoiler Alert: A few God of War: Ghost of Sparta and God of War 3 spoilers follow:

Why is it hot? It’s bringing double Kratos to the series. GOW 4 was confirmed to PSM3 mid-2011 by a reliable source, and rumours point to a multiplayer twist. Mad idea? Online co-op with a (possibly) dead Kratos and (very) dead brother Deimos teaming up to escape the afterlife.

Having not played Ghost of Sparta, I did a little research on Deimos.  The best thing from his God of War wiki page?  "Deimos is Kratos' only relative not killed by Kratos himself."  That's a hell of an accomplishment.  He's also angry, buff, and has hair. He looks kind of (exactly) like Kratos with Gerard Butler's 300 head.

Say it. You know you want to.

God of War IV has been rumored (by the same magazine) to come out sooner, rather than later.  All three God of War games were released in March, but I wouldn't hold my breath.  When GoW IV does come out it will be a PlayStation 3 (or 4) exclusive.  It may even have two player online co-op.

While I wouldn't call this a rock-solid confirmation, things look hopeful for a co-op entry in the God of War franchise.  What do you guys think of a cooperative God of War game?