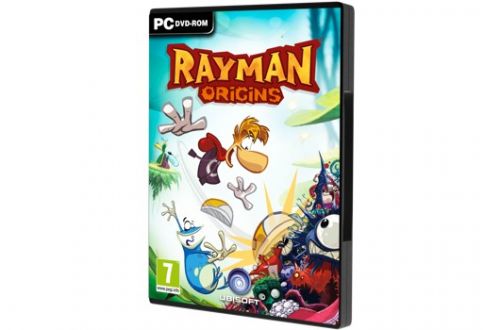 Ubisoft has announced a PC version of Rayman Origins with a release date of March 29th, 2012.  Rayman Origins is an excellent co-op game that we gave a 4.5 out of 5  thanks to a great platforming experience shared by all.  The PC version will retain the four player local co-op support, but that's not the best news.

As anyone who has played an Ubisoft PC title recently knows, the games have been hampered by some truly horrible DRM.  Most of these involve being constantly connected to a server, which on the surface isn't so bad, except when the server is unstable and prone to connection drops.  Rayman Origins on the PC on the other hand will have no DRM in the retail versions, while the digital download versions will only use an activation key.

Sadly we don't have all good news today for Rayman Origins fans.  The Vita version of the game, which is out at the system's launch, will not have any co-op play.  Instead Ubisoft has added a ghost mode and high score leaderboards for it's "multiplayer" features.  I'm pretty sure Rayman isn't doing the happy dance on that revelation.

Thanks Jim for the Vita tip!