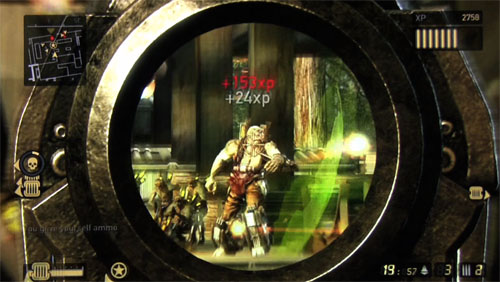 According to a post on the NeoGAF forums by Insomniac Games community manager J Stevenson, the co-op campaign should take somewhere in the neck of 15-20 hours to complete on it's own.  This was in a response to a post complaining that the co-op campaign only had 5 maps.

There are six locations, each has quite a few different areas, and a single-playthrough of any will not show you nearly the entire map or all of the different set-ups on it due to the randomization of the playpath. It probably takes between 15-20 hours to see every single co-op set-up and encounter.

If you read our hands on preview,  you would have heard about the random objectives per map. The handful of times our team successfully completed a map it took about 45 minutes.  You may also remember I said the downside of the map randomization is that it seems to hurt the story in co-op mode.  I believe the above statement pretty much confirms each map is basically a set of objectives against AI, and not a true campaign.  And that's perfectly fine in my book.