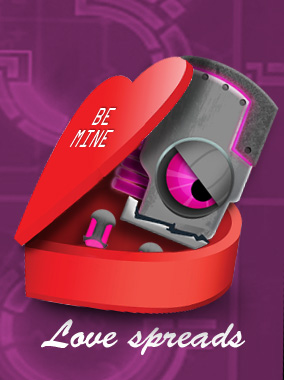 It's Valentine's Day this week and that means the perfect opportunity for some couples gaming.  The folks at Misfits Attic have launched a pre-order promotion to celebrate such an occasion for their four player co-op puzzler, A Virus Named TOM.  Basically you can pre-order the game for 50% off, a lowly $5, and if they reach a total of 50 pre-orders, every pre-order will get a bonus copy of the game for free!  Also included is beta access and a high score contest.

As of now they are at 35 pre-orders, so there's only 15 to go.  So head on over to the site and pre-order the PC version of the game.  A Virus Named TOM is also planned for an Xbox Live Release.  Here's a trailer to set the mood for the game.