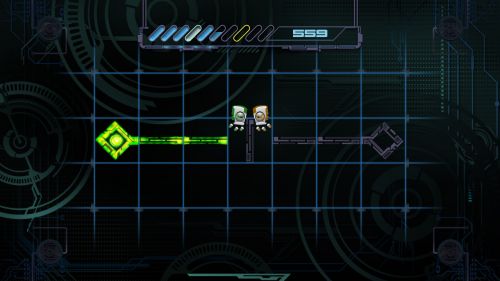 The gaming community focused Penny Arcade Expo (or PAX) kicks off this Friday, and a few of our staff and our favorite developers will be there. One developer in particular, Misfits Attic, is making the most of the event by not only attending, but also offering up their cooperative, puzzle-solving gem, A Virus Named TOM, for a special price. For the length of PAX, August 31 to September 3, you can purchase their title for 25% on their website (includes a code for Steam). If you happen to be attending PAX (lucky you), then you can swing by their setup within the Indie Megabooth and get the game for a whopping 50% off!

In addition to that great deal, Misfits Attic is taking a rather unique approach to addressing one of the most common issues with the game: the lack of online co-op. To raise enough funding to add a feature of the game that they just couldn't quite make possible, they're going to turn to the same community that's been asking for it and start a Kickstarter campaign. However, it's not just the online co-op feature that those funds could help implement, it could be more; exactly what, though, is up to you. Before launching a Kickstarter, Misfits Attic is testing the waters a bit to see how much interest there would be in kickstarting a venture like this, and in which features the gaming community would be most interested.

This is a rather interesting approach to the whole Kickstarter phenomenon as this particular one, if it gets up and running, would essentially be asking for funding to make a patch/update for a game that's already out. Considering how the co-op came about in the game in the first place, it kind of makes sense for them. Certainly it's worth a quick hop over to the poll page to make your voice heard. Who knows, maybe this kind of "features ala carte" funding will take off?

On a completely unrelated note, everytime I see/hear about a Kickstarter, all I think of is this. Enjoy.