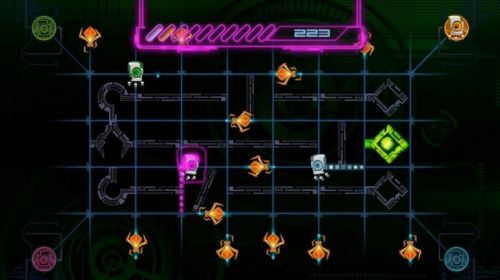 First, the good news: A Virus Named TOM will be making its way to PlayStation Vita and PlayStation Mobile devices (Xperia) this summer. The bad news is that co-op is looking unlikely for the Vita edition, though developer Misfits Attics is hopeful something can be worked out for the tablet and phone versions. Even without co-op, the portable releases will come with new levels and some new features, so there's no reason to be too bummed out.

For everyone not so mobile-inclined, A Virus Named TOM is currently available for PC and supports local co-op for up to four players. An Xbox Live Arcade version of the game has been announced but with no release date.