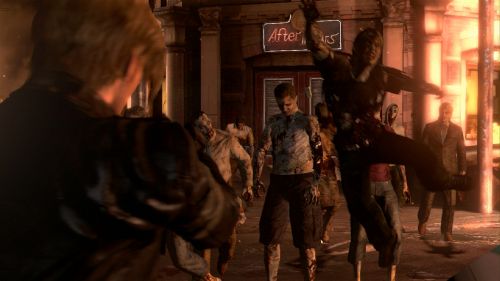 Capcom have just released fresh new details of Resident Evil 6 for the 360, PS3 and PC.  The fact sheet reveals details about the game's characters, playable and otherwise, as well as hints at locations.  We also learn that unlike Resident Evil 5's "no these aren't zombies" bad guys, Resident Evil 6 will have full fledged undead.

So who is on the character list for the game?  We've got Chris Redfield and Leon Kennedy as what appears to be the main characters along side two other characters - Helena Harper and a mysterious character who's only details are given as a mercenary who was told that he is "the man to save the world."

Setting wise, a ficticious fishing town of Lanshiang set on the Chinese coast is one of the areas Chris Redfield will be traveling to.  The new zombies encountered in these areas apparently will run and jump at you.  There's a new zombie type revealed as well called the J'Avo, which apparently exhibit a lot of human traits like the ability to work together and use weapons

Finally there's news that the game's control scheme has been completely redesigned, allowing full freedom of movement while shooting as well as the ability to roll, dodge, and take cover.

Resident Evil 6 is confirmed to have two player co-op and rumored to offer a 6 player online co-op mode.  It'll be out later this year on the Xbox 360, PlayStation 3 and PC.