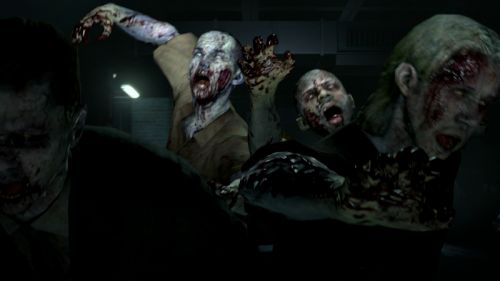 The Achievements list is out for Resident Evil 6. Do you like spoiling stuff for yourself? I sure as heck don't. I got the goods from Xbox360Achievements.org and Eurogamer. I didn't so much as glance at the content. I don't know if there are co-op chievos, solo chievos, or versus chievos.  I don't even know if the list is in English.

The big question is: How will they be awarded? Will our co-op partners get a piece of the pie? I guess we'll just have to wait for the Co-Op Review. Read on and figure out how many meaningless points each act is worth.

These are the Super Spoilery Secret Chievos, if you didn't already know about this person's campaign. Okay, I peeked.

Resident Evil 6 supports two player local co-op and four player online co-op. It will launch on October 2nd for the Xbox 360 and PlayStation 3. It will be available at a later date for PC.