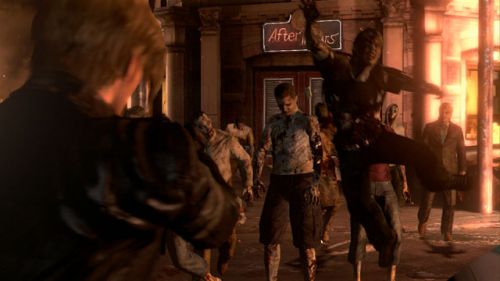 Based on much player feedback received by Capcom, the developer will release a free update this coming December for Resident Evil 6 to address the main concerns being made and improve on a few inconveniences in gameplay.

The opinion of the gaming community is stronger than most would think. Time and time again, our many voices heard over the web will reach the ears of the developers and. It happened in with Bioware’s Mass Effect 3’s campaign, and now here we are with Resident Evil 6, except we aren’t receiving an entirely new ending to the latter. Instead, we are getting some much needed, in-game fixes that will hopefully improve the Resident Evil 6 gaming experience of many.

Firstly, the patch will add a wider field of view through new camera controls given to the player. At the moment, the camera angles are fixated behind characters. From this fix, now players will be able to see their enemies sneaking up behind them without being caught off guard. We can definitely see the differences of the camera angle's shown below, courtesy of Eurogamer.net: Do go and check out more examples of the new camera in the gallery below.

Secondly, the game will have its fourth campaign unlocked right from the get-go. At the moment, the fourth campaign revolves around the beautiful, but conniving character, Ada Wong, which is only accessible after having completed all three other campaigns first. The patch will open up the fourth campaign for anyone to play at any time they choose, though we recommend that all gamers should play through the others first to not spoil the plot for themselves.

Finally, hardcore fans of the series can look forward to an ultra-hard difficulty mode, titled “No Hope”, that will be added for players wanting that extra challenge to their game.  Although “No Hope” and other locked content on every Resident Evil 6 disc was discovered a little while ago, Capcom is making sure to make almost everything available on-disc completely free. As stated by a Capcom spokesman:

We still have unannounced DLC for RE6 that will be revealed in the coming months. While virtually all such content will not be on the disc there will be one piece of content, that for technical reasons, requires the use of a combination of newly downloaded data and data that is included on the retail game disc.

Hopefully, these major changes the update will help alleviate some of the concerns of many wishful fans looking for an even greater Resident Evil 6 experience. The update will come around the middle of December, though no official release date has been announced.