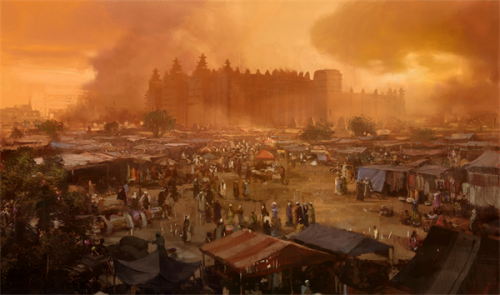 After a long time waiting, Civilization V fans will soon have their patience rewarded in the form of the “Gods & Kings” expansion scheduled for release this Spring.

Of course, you’ll receive more of what you're already looking for: units, buildings, technologies, upgrades, and playable civilizations to wield. But that’s not the real reason why you're reading this. You’re reading this because of the brand new options “Gods & Kings” will bring to the Civilization V strategic table.

Tons of New Stuff. I know I just mentioned it, but I want to draw attention to just how many new things we've got here: 27 new units, 13 new buildings, 9 new wonders, and 9 new playable civilizations. Among the new civilizations are the Netherlands (William I, Prince of Orange), the Celts (Boudicca), and the Mayans (Pacal the Great).

Religion. That's right; quite possibly the most requested major addition to the game is coming in the Gods & Kings expansion. Using the new "Faith" resource, you'll be able to found your own religion and grow it from a simple Pantheon of the Gods to a world-spanning fully-customized religion.

Reworked Combat System. The expansion has a reworked combat system along with an AI that places more emphasis on balanced army composition. Among the changes to the combat system is the addition of melee naval units, which will force you to really rethink the way you execute your naval assaults.

Enhanced Diplomacy, with Espionage. In addition to being able to establish embassies with your rival civilizations, spies will now be an important part of how you conduct your foreign affairs. Surveilling foreign cities, stealing advanced techs, and garnering influence with city-states are some of the things you'll be able to do with this new powerful mechanic.

New City-States. With religion being added to the game, it only made sense to introduce Religious city-states which will interact with your religion in special ways. In addition, Mercantile city-states will be attractive for those of you who love to grow your civilization's treasury. All city-states will use the greatly expanded quest system, making city-states more dynamic and diplomatic victories more challenging, while decreasing the importance of gold when dealing with city-states.

New Scenarios. Three new scenarios will be coming in Civilization V: Gods & Kings. Experience the fall of Rome, explore the medieval era, and my personal favorite: a unique scenario in a Victorian science-fiction setting.

Finally, we have the addition of religion coming to this game! What better drives the evolution of a civilization other than theology? All of this and more will be great additions to such a great RTS game and will keep you playing for months to come.

Please, remember to keep an eye out for this expansion come late Spring of this year for the PC, and check out some screenshots and concept art of "Gods & Kings" below!