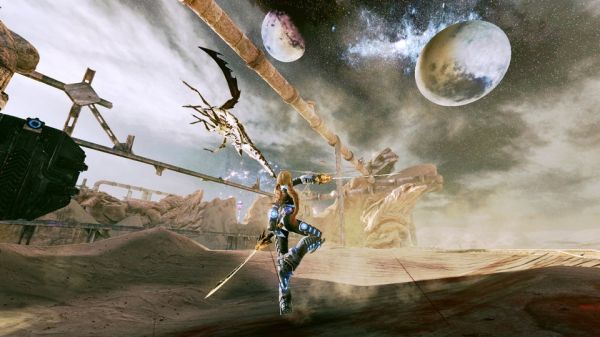 Blades of Time kind of snuck up on us.  It was originally announced back at E3 last year, and we haven't heard much about it since last summer.  Lo and behold, we just found out that the third person shooter/action/clothing optional hybrid will be dropping next week!  We've even got a launch trailer and some sultry new screens to prove it!

The blonde, pigtailed version of Lara Croft (Ayumi) seems to know her way around a sword or two. Konami made sure to add in some guns and time manipulation, you know, for science.  The game looks like it should have potential, especially with a $39.99 price point.  Konami's Blades of Time fact sheet mentions that players can "Fire up a co-op campaign."  Hurrah!

Blades of Time will release on March 6th for the Xbox 360 and PlayStation 3.  It supports two player online co-op.