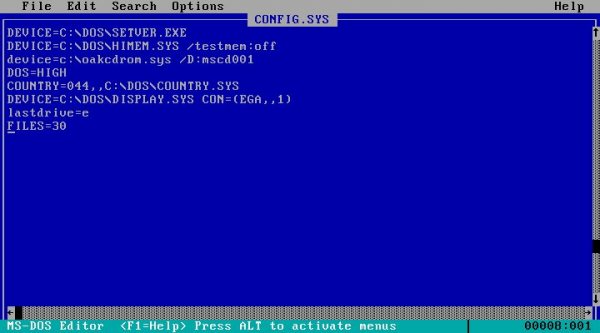 MS-DOS has turned 30 years old this week.  The Microsoft operating system for Intel computers broke the ground for many PC gamers as the operating system to play games on.  Microsoft actually didn't create the OS, instead it based it on QDOS, another OS it had purchased from a company named Seattle Computer Products.

Right, so what does MS-DOS have to do with co-op gaming?  DOS was the birthplace of big co-op titles like DOOM, DOOM II, HERETIC, and Duke Nukem 3D.  Cornerstones of the co-op empire of FPS games.  Of course being a gamer in the MS-DOS era wasn't easy - you had to work for it.

For most under the age of 30 they won't remember what it was like to game in the era of the 386.  Having 4MB of memory was standard and if you wanted to upgrade to 8MB it would cost hundreds of dollars.  You complain now about having to switch discs?  Try having to install a game on 12 floppy discs.

You had to know the difference between base memory and extended memory - different games would utilize different types.  You'd need to worry about that base 640K, decide where to load HIMEM.SYS or if you wanted EMM386.EXE to run at all.  You'd tweak your CONFIG.SYS and AUTOEXEC.BAT files to get things just right.  You'd build custom menus to load different configurations based on the game you felt like playing.

Sound?  You want sound in your game?

Make sure you find the correct DMA or IRQ and figure out what mode to run your SoundBlaster in.   You'd have to reboot your PC 15 times before you finally figure out that your sound card was conflicting with your 14.4 modem.  The sound of DOOM's opening guitar riffs never sounded sweeter once you got .  Gaming on the PC wasn't just a hobby in the early 90s, it was technical training for a career in IT.

So we tip our phillips head screw drivers to you Microsoft and your DOS operating system.  Happy Birthday!