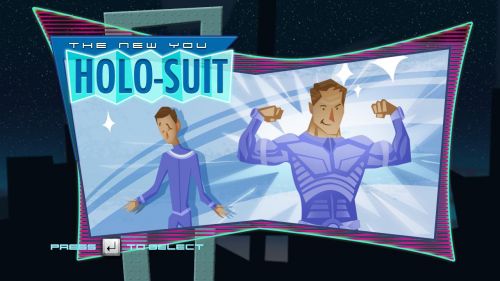 Misfits Attic sent us word that their co-op action puzzler, A Virus Named TOM, is now coming to Steam once it's out of beta.  All current pre-orders will be converted to a Steam version.  Sweet!  What's even better?  The plan is for full achievement, stat, leaderboard and possibly even cloud save support.  Huzzah!

The beta version of the game got some updates as well, a new area called Holo-Suit is now selectable.  For co-op players, they've made it easier to play local multiplayer; supporting all gamepads/controllers, up to 3 people on  keyboards, or any combination of the two.  Nice! You can still pre-order the game on the official A Virus Named TOM website for only $5.  Doing so gives you immediate access to the beta.  Misfits Attic told us they still plan on doing a console version of the game, but their focus right now is getting the PC version polished and ready for release.