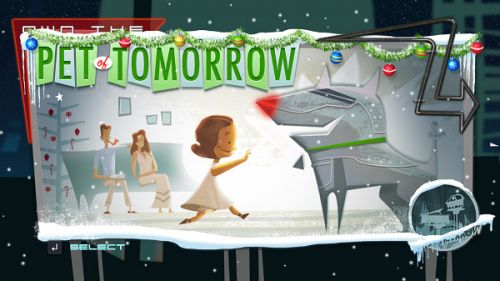 The folks at Misfits Attic have been in the festive mood and decided to create some holiday themed DLC for A Virus Named TOM, their four player co-op action puzzler.  The DLC adds a snowy effect to the game as well as a good ol fashion scavenger hunt.

The hunt for Steam achievements will each unlock a piece of an outfit for TOM to wear, including a spiffy looking Santa hat.  There's a few hints on the official website, but the first person to find all of the hidden pieces can win a prize!  The DLC is completely free and available now via Steam.

And don't forget - A Virus Named TOM is up for Indie Co-Op Game of the Year.  So vote!