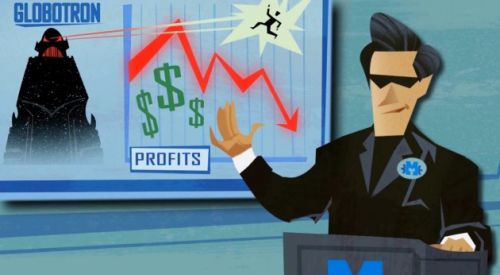 It's been a little while since we've covered A Virus named Tom, an upcoming cooperative/competitive puzzle game from indie developer Misfits Attic. Players work together (or against one another) to complete circuits and spread a virus... named Tom. Today we have two new videos for you: the first is the intro scene from the actual game, the second is a dev blog that shows off several different controller configurations for four player local co-op on a PC, plus a few other things. (Cute baby alert.)

A Virus Named Tom will be available this spring from Steam, OnLive, and the Desura digital distribution service. If you pre-order AVNT from the game's official site you will receive Steam keys at launch. You can also download the beta on the Desura digital distribution service here. The Desura beta version will include frequent updates and a final copy of the game, but no Steam keys. Choose your digital dealer accordingly.

A Virus Named Tom supports four player local co-op. It will initially be available on the PC. Misfits Attic hopes to bring the game to MAC, XBLA, and the PSN in the future.