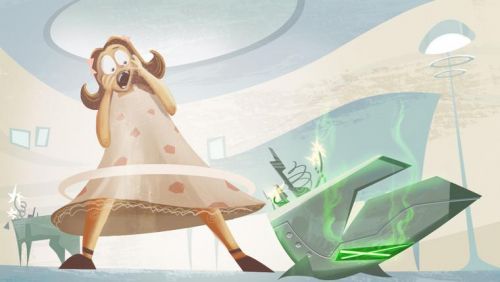 We've been following Indie Puzzle darling, A Virus Named TOM for quite some time now, and we're happy to say the game is finally getting an official release date after a lengthy beta.  The PC version, which will be available on Steam, Desura and direct from developer Misfits Attic will be out on August 1st, 2012 for $10.  You can still pre-order the game for the low price of $5 and get immediate access.

Along with the release date announcement comes a new beta update video from Tim Keenan of Misfits Attic.  He unveils the 6th area in the game while showcasing a sexy new loading screen - 33% sexier to be exact.

A Virus Named TOM features a four player local co-op puzzle campaign where players need to align pathways while avoiding obstacles and racing against the clock.