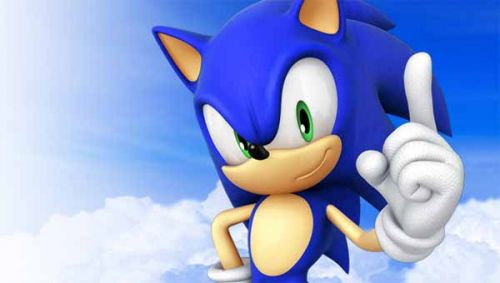 Yep, looks like Sega will need to think of yet another way to re-invent the Blue Blur, as they have decided to possibly halt Sonic the Hedgehog 4 episodes indefinitely.

With only a couple of months away until Sonic 4: Episode 2 hits the download marketplace scene, many are wondering on whether or not a third episode or more will already be underway. With all the talk about the return of Miles “Tails” Prower in a solid 2 player co-op experience, how could Sonic Team go wrong with the current Sonic formula now? Unfortunately for us, they seem to think otherwise.

Takashi Iizuka, a producer at Sonic Team, stated personally that they have no further plans to release any more episodes. In an interview with Digital Spy, he stated:

"We are looking forward to hearing the feedback from the users for Episode 2, but we are currently not planning to release another episode… We just want to see how the users accept this episode."

Understandable enough, as Sonic has gone through massive changes in vision over the last few years. And with some of their latest Sonic games not doing as well as they’d hope for, namely Generations and Episode 1, the Sonic Team might have to consider re-working where Sonic’s future will go. And where will that be exactly? Well, just take a look at how much Sonic has changed in the last decade and ask yourself that question, because your guess is as good as ours:

Let’s keep our fingers crossed and help support Sonic Team’s upcoming title come spring time. Remember that Sonic the Hedgehog 4: Episode 2 will be available for download via XBLA, PSN, PC, Windows Phone, Android, and iPhone. Unfortunately, it won’t be available for the Wii (even though Episode 1 is already available).