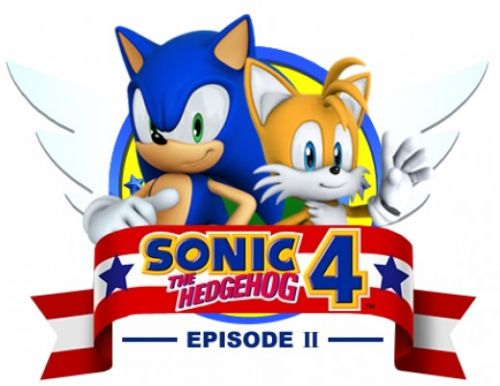 Sonic the Hedgehog 4: Episode I, the long-awaited return to 2D gameplay for the Sonic series, met with a mixed reception when it debuted on consoles in 2010. Part of its back to basics approach included ditching longtime partner Miles 'Tails' Prower, the flying fox with a voice that makes you just want to smack him. And of course, this guaranteed that Episode I was a single-player affair. But SEGA has recently released a teaser trailer for Sonic 4: Episode II that promises the return of Tails, along with classic nemesis Metal Sonic. Dare we hope that Tails' presence means that Sonic 2-style co-op will return as well?

Honestly, the return of co-op is not a foregone conclusion. The last proper Sonic game to feature actual cooperative multiplayer was Sonic Colors on the Wii, and even that was treated as a fairly basic unlockable extra. Tails appeared as a non-playable character in the surprisingly good followup, Sonic Generations, but that game ditched the multiplayer entirely. The spry little fox also turned up in the awesome downloadable Sonic CD remake, this time as an unlockable single-player character.

Sonic the Hedgehog 4: Episode II is coming to a variety of platforms in late 2012, including XBLA, PSN, Windows Phone, iOS, and Android. The mobile versions in particular are quite unlikely to have multiplayer of any sort. Will SEGA put the time and money into a console-exclusive co-op feature for a downloadable Sonic sequel? Gamers like me who fondly remember Sonic 2 on Genesis can only hope. Co-Optimus will be sure to let you know once SEGA makes an announcement one way or the other.