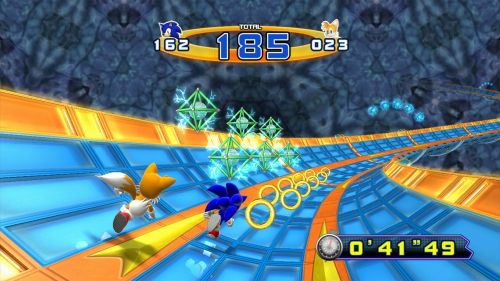 As if we needed a reason to buy Sonic again, Android owners will now have the opportunity to purchase Sonic 4: Episode 2 for their mobile devices and experience co-op Sonic on the go.

Today’s Google I/O event, Sonic the Hedgehog 4: Episode 2 has now become available on all Android devices for download. If you have a phone with Tegra integration, the game now supports the hardware along with the normal version of the game, both for only a $6.99 price point. Android owners of Sonic 4: Episode 1 will also have the same opportunities to unlock Metal Sonic’s campaign in Episode 2 as every other platform can.

Although Episode 2 has been out for quite a while on most platforms (XBLA, PSN, Steam, iOS, and Windows Phone), that doesn’t mean Android users should pass the game up. Just like the iOS version, the Android version will include co-op gameplay over Bluetooth and/or Wi-Fi. So if you have a friend nearby who owns an Android, why convince him to buy Episode 2 as well (not just so you can play as Tails)? It’s a great game for the price and perfect to take with you while on the move.