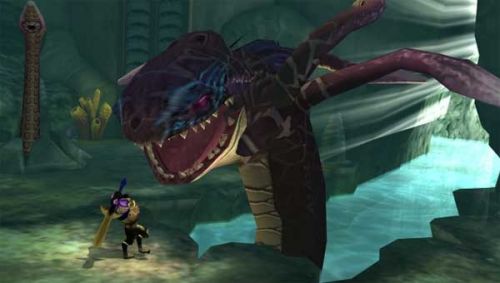 The Nintendo 3DS has been around for a while now, which means it has little excuse for having so few co-op games.  Square Enix are planning to rectify this misdemeanour when it releases Heroes of Ruin on the 31st March. The game is an action RPG with 4 player drop in/drop out co-op.  Previously Co-Optimus has given you a taste of how Ruin's co-op works, now have a glimpse at the story in this new trailer.

Alongside the co-op campaign, Heroes of Ruin will make use of the 3DS's StreetPass and SpotPass functions to create daily challenges for gamers as well as a network for traders.  Perhaps you will swap items regularly with someone on your commute - in game or via slight of hand?  Dungeon Hunter: Alliance has already proven that a portable co-op RPG can be great fun; hopefully Ruin will bring more of the same.