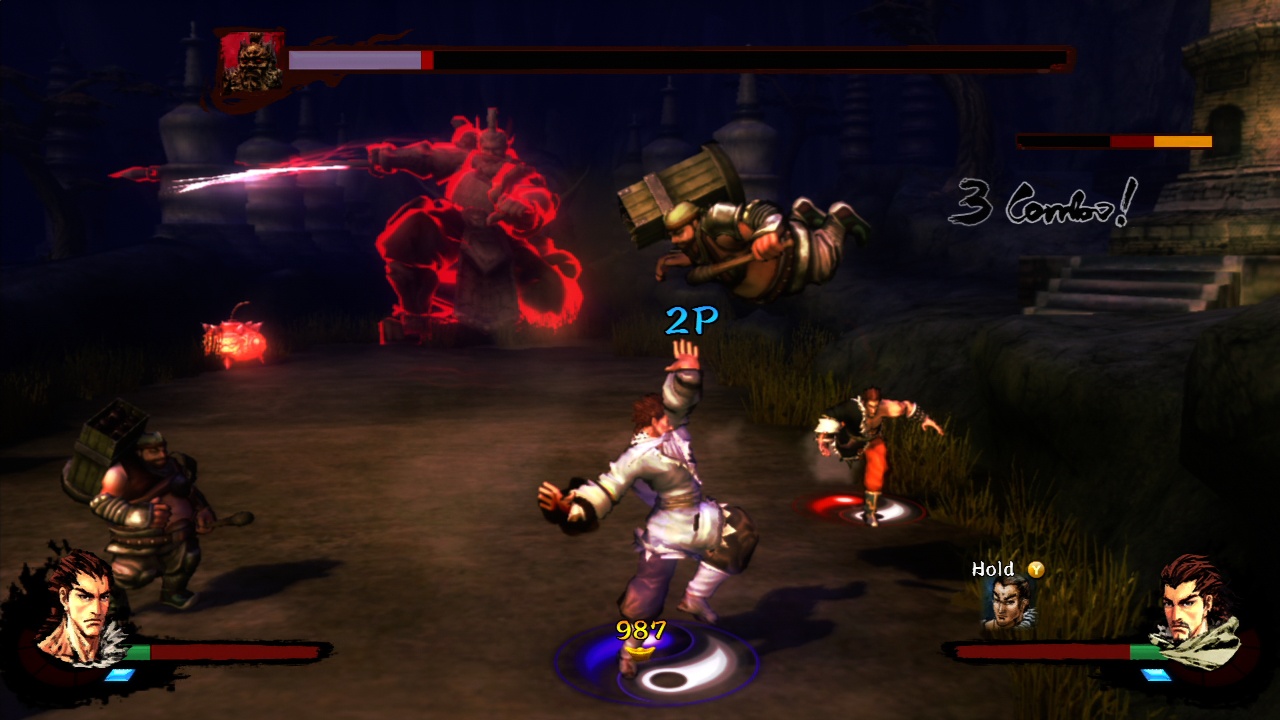 If you've been itching for a new beat-em-up, next week's Xbox Live Arcade release should provide some welcome relief. Kung Fu Strike: The Warrior's Rise, from developer Qooc Soft and publisher 7sixty Games, heads to XBLA a week from now on March 28 for 800 MS Points ($10). As you might expect, it will offer plenty of martial arts mayhem and most importantly, 2 player local co-op.

Set in Ancient China, players take on the role kung fu master General Loh as he fights to keep his country from being torn apart by three warring factions. In local multiplayer games, the second player controls a mustached doppleganger of Loh. For more co-op details and screens, check out our exclusive preview.

Kung Fu Strike: The Warrior's Rise will be available on Wednesday, March 28. We'll have a full co-op review soon!

UPDATE: Co-Optimus has learned that the March 28 date was incorrect. See this news story to learn what happened.