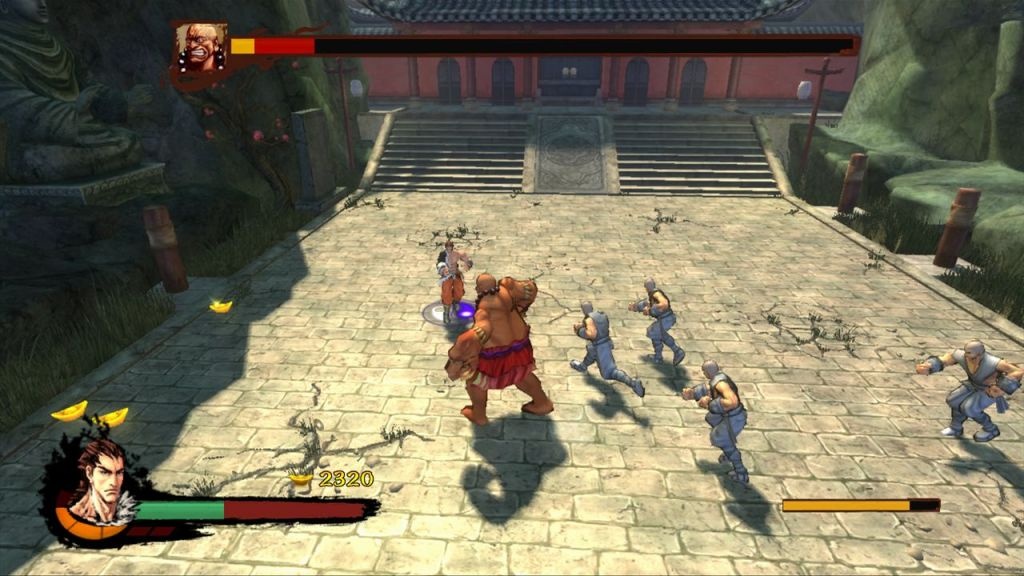 Alright, so the Steam version of Kung Fu: Strike the Warrior's Rise failed to impress me as a game, co-op or otherwise when I reviewed it last month. But only PC gamers could really understand my suffering; everyone could only imagine. Well, the Xbox Live Arcade version finally launched today, which means roundhouse kicks and air dashes for all!

As I've mentioned, reviewers received access to the XBLA version a bit early. Publisher 7 Sixty has authorized YouTube user SuperNormalMode to post videos of the game's first three chapters in action. Here they are:

Looks okay, doesn't it? Just keep in mind the XBLA version is content-identical to the Steam version. Having played them both, I can assure you that the criticisms from my co-op review reply here as well...

Kung Fu Strike's difficulty becomes absurdly high after a few levels (not shown in these videos), turning gameplay into a complete chore. Co-op is just as hard, if not worse, because if one player dies, both get a game over. It's a shame because with a little difficulty balancing and fine-tuning, Kung Fu Strike could have been a decent beat-em-up.