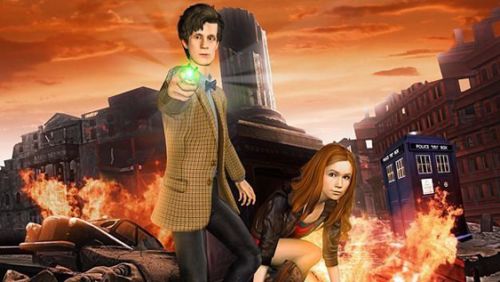 Time is irrelevant for The Doctor, so this delay is merely a rearrangement in the Doctor's schedule.  According to the official Twitter account for Doctor Who: The Eternity Clock, the game has been delayed slightly to put the finishing touches on things.  Originally slated for a late March release, the game is now firmly into April, though a specific date was not given.

Doctor Who: The Eternity Clock is a side scrolling action/platformer that features two player co-op on PSN and PC.   The PSN version should be available first with the PC version coming shortly after.