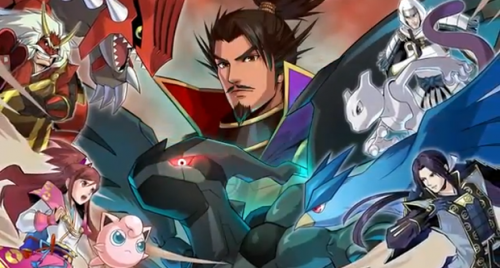 From the looks of things, Pokémon has taken another shift in its gameplay. Nintendo’s upcoming 3DS title, Pokémon Conquest, is looking much like a Final Fantasy Tactics rather than the normal Turn-based RPG we have grown rather accustomed to.

Three-on-three battles in Black and White have really taken Pokémon battling to another level. But what if I told you that in Pokémon Conquest, you’ll be battling with your entire team all at once instead? That’s right! What’s more is that the setting has all but changed from the fantasy lands of Kanto, Johto, Sinnoh, and Hoenn, to a whole new one altogether. This time around, the game will feature an interesting (and never before seen) crossover between Nintendo’s Pokémon franchise and Tecmo Koei’s series of Nobunaga’s Ambition strategy titles, bringing Pokéballs into the hands of a “feudal Japan”.

Turn-based games are any Pokémon game’s specialty, which Conquest has taken to a whole new level of its own because of its “tactics” gameplay. Providing previously unthinkable six-on-six battles to the series, players will use the traditional Pokémon type strengths and weaknesses to implement classic Pokémon strategies. Housing almost 200 Pokémon, the game world will also be split into 17 kingdoms, each unique to a famous Nobunaga's Ambition general and their Pokémon companion (If Mewtwo was a creation from a scientific experiment, what in God’s name is he doing here?).

No official word on any co-op or multiplayer aspects of this game so far, but as with all Pokémon games, the added bonus of linking up and battling your friends has always been available to us (remember those God awful “Link Cables”?). Of any game series out there, Pokémon has the best connectivity and multiplayer options that most games wish they had. I doubt Nintendo would make this title any less different.

Again, since we won’t be having a Pokémon title come out this April (has been a common release month for the Pokémon series), we’ll just have to wait until Pokémon Conquest will be hitting the shelves come June 18th.