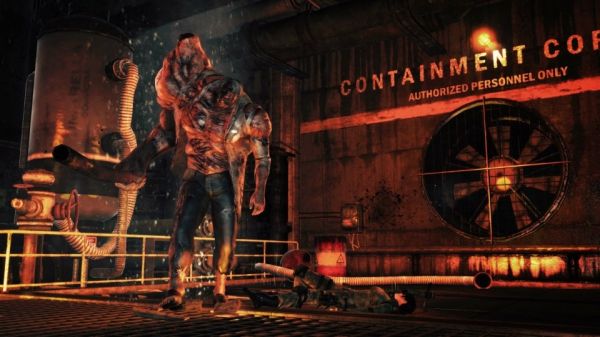 Resident Evil: Operation Raccoon City is getting a dose of DLC today. Players will be able to take control of the good guys in a new prologue mission. Play as the Echo Six Spec Ops team and do battle with the Umbrella Security Service, Nemesis, and a zombie filled Raccoon City.

Judging from the video and screenshots below, there will be plenty of action, and wait - what is that at 1:18? Is that a little girl? Yuck. No one likes escort missions. Hopefully the thrill of playing as someone other than one of Umbrella's faceless goons will keep the lobbies full.

This first DLC is free, with more missions to come in the form of paid content later. If memory serves me correctly, a very wise man predicted paid Spec Ops DLC back in January... We didn't love RE: ORC, giving it a co-op score of 3 out of 5 in our Co-Op Review. Still, the game has its moments -if you're playing with friends. Maybe a patch will accompany the new DLC, and tighten up the gunplay. You never know.

Resident Evil: Operation Raccoon City supports four player online co-op. It is currently available on the Xbox 360 and PlayStation 3. It will launch on the PC on May 18t