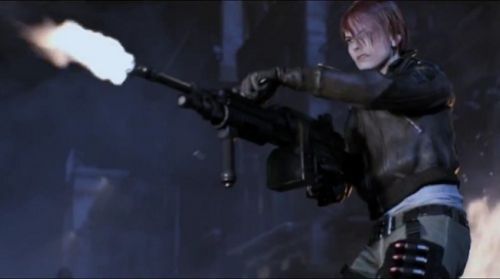 Resident Evil: Operation Raccoon City is getting what I assume will be its final piece of story-based DLC today. "The Echo Six Expansion Pack 2" features the last three missions for the "good guy" Special Ops team. This should put a bow on the Raccoon City adventure as players assist Claire Redfield, battle gruesome B.O.W.s, and attempt to escape the deadly T-Virus outbreak. It's priced at 800 MSP or $10.

The Echo Six add-on campaign was first introduced as a free downloadable prologue mission. That was soon followed up by paid content, the Echo Six Expansion Pack 1, which included missions two through four. "Pack 2" will bring the downloadable mission count to seven, which parallels the Umbrella Security Service mission total of the retail release.

There are two ways to look at this, folks. Either the DLC is a great deal, because it includes a full seven mission campaign for only $20 bucks, or the retail game was a rip-off, because it featured a seven mission campaign and a versus mode for $60 smackers. I'll tell you right now, the versus mode wasn't worth the extra $40. You can see all the gory details in our Co-Op Review.

The campaign missions of REORC support four player online co-op. The new DLC should be available through the Xbox Live Marketplace and the PlayStation Store.  I'll leave this trailer here as a bittersweet reminder of just how great this game could have been.