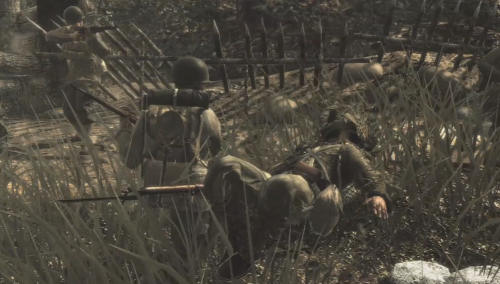 Call of Duty: World at War launches next week for the Xbox 360, PlayStation 3 and PC in all it's 4 player co-op glory.  And that includes unlockable zombie apocalypse mode.  Just to recap how awesome this game is, I've broken it down into simple components.

See that was simple.  As if there wasn't enough awesomeness on the left side, Activision has unbalanced our elemental equation of awesomeness further by throwing rock n' roll into the mix.  DAMN IT TO HELL.

The trailer is intended for mature audiences only.

The trailer is intended for mature audiences only.